An interview with Dhivan Thomas Jones, author of ‘This Being, That Becomes: The Buddha’s Teaching on Conditionality’ 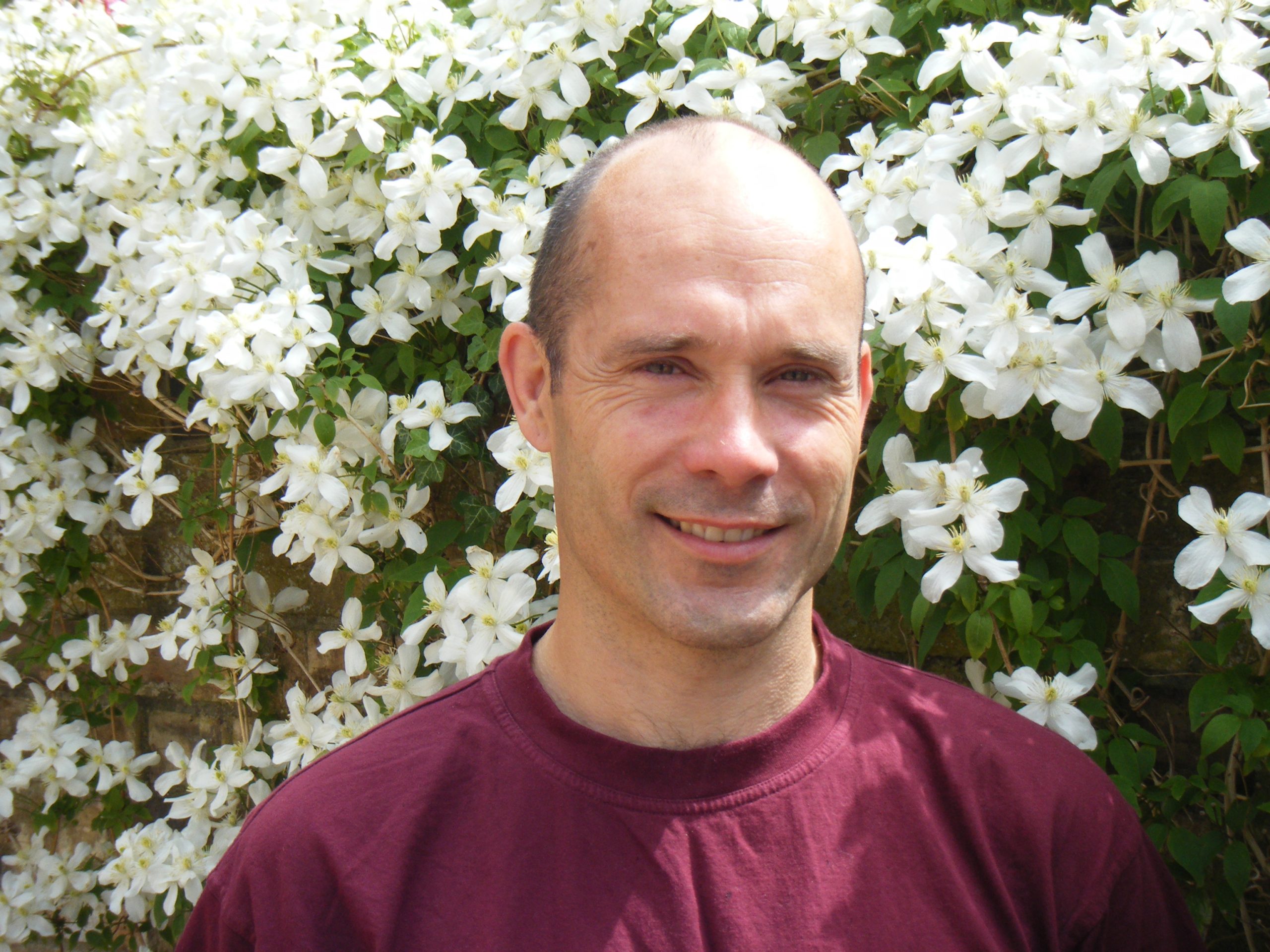 What is the Buddha’s teaching on conditionality? Why is this teaching so important?

Conditionality is the basic principle of understanding reality, according to the Buddha’s teaching. This sounds very grand, but actually what it amounts to is something very practical: how suffering arises in human experience and how we can bring about the ceasing of that same suffering. Of course this is what the Buddha’s teachings are all about, but I think conditionality addresses this issue so directly that one could make a good stab at saying that it is the most important Buddhist teaching.

Do you think the Buddha’s teaching on conditionality was primarily ontological or pragmatic in its emphasis?

Well let’s talk about this word ‘ontological’. If we define ontology as the study of what really exists, in a certain sense we don’t have much basis for regarding the Buddha’s teaching on conditionality as ontological because there are many passages in the Pali texts where the Buddha makes it clear that he is not interested in speculating about what really exists or doesn’t exist. The main emphasis of all his teachings is the practical context of the spiritual path, so his teachings on conditionality should, first and foremost, be understood in that very practical context.

However I think you could also make an argument for saying that Buddhist teaching on conditionality is a kind of ontology because the Buddha makes the universal statement that ‘things arise on conditions and they cease when those conditions cease’. This clearly implies that conditionality is the way everything in the world works, but I think to the extent that it is an ontology it is a process ontology – nothing can be pinned down as to its essence but there is still an underlying process to reality, the ‘nature of things’ if you like. Nature is a very multifaceted word in English so you’ve got to be careful when you use it, but I think you could say that the Buddha’s teaching is a kind of religious naturalism.

Yes, this comes across in a number of natural metaphors which the Buddha uses to describe the idea of conditionality and you discuss some of these in your book. Could you introduce one or two of them to those who haven’t read the book?

We could deduce from this metaphor that the Buddhist path is just a matter of flowing along with the current, but the problem with that interpretation is that the Buddha also uses the same metaphor of flowing along for samsara, which is the whole business of continued suffering and continued existence based on craving and delusion. So we’ve got two different metaphors for one complicated reality, which can be quite confusing. The Buddha doesn’t explain it like this, but perhaps we could make sense of these metaphors by imagining that dharma practice is like the sunshine which dries up the stream of craving and falls as rain on the mountaintop of happiness! So there’s a sort of recycling of streams going on.

You do emphasise in the book that development along the Buddhist path is ‘a progressive process that takes care of itself’ – that it unfolds according to the principle of conditionality by ‘states overflowing into states’ and not by wilful effort. Would you still promote this understanding of the Buddhist path?

Yes, because I find the idea that the Buddhist path is something that unfolds of its own accord really encouraging and the passages in the Pali canon where these teachings are found are not very famous so I wanted to bring them out a bit more in my book. The Buddha uses a lovely homely metaphor of a chicken sitting on her eggs, for example, to illustrate this idea. As chicks will hatch out of their eggs when they are ready and the hen’s job is just to incubate them properly, as long as we live devoted to spiritual development, progress will inevitably come about.

That might sound like we don’t have to do anything, but of course the Buddha never said ‘just go with the flow’ because there is the powerful river of craving as well! So I think the point is that rather than worrying about where we’re going with our practice and trying to force our way towards nirvana through our egoic effort, all that is necessary is that we direct our energy to what we need to do in the moment. This might be practicing ethics, it might be meditating, but the process of flowing along towards nirvana will just occur of its own accord. When the conditions are ripe – to use another natural metaphor – the path will unfold.

Do you see your book as offering a new interpretation of or approach to the study of conditionality? If so, what is unique about it?

There are a few academic books out there which discuss the Buddha’s teachings on conditionality as a theory which makes sense in a philosophical or doctrinal context, but I think my book is unique in taking a practice-orientated approach. I wanted to present conditionality as something which you can reflect on in your own life; I wanted to reconnect the idea of conditionality with our own experience in a way that makes the teaching more relevant and easily accessible for people in the modern west. So at the end of each chapter I included some questions for reflection to ensure that discussion of the book doesn’t just remain on a theoretical level.

Can you give us some examples of the practical implications of the Buddha’s teaching on conditionality which you put forward in your book?

Well first I should mention that Sagaraghosa, my collaborator on the book, was really instrumental in helping me draw out the practical dimension of the Buddha’s teachings on conditionality. One of the techniques that she developed in her study groups was the use of conditionality diagrams. So in the middle of the piece of paper, you write something like ‘stress’, and then ask yourself ‘What are the conditions in my life that lead me to feel more stressed?’ By seeing how the conditions link up and understanding the relationships between them, you come to see where the problem lies and how to solve it. I think we often know roughly what we need to do in relation to specific issues but, for whatever reason, it’s hard to get clear about it. I find doing conditionality diagrams really useful, so I wanted to introduce the idea to readers of the book as well, and you can do them for positive as well as negative aspects of experience because of course conditionality works in both ways.

I think another practical way of translating the Buddha’s ideas of conditionality into our own experience is to meditate on them. We can meditate on conditionality in order to cultivate a sense of calm and mental clarity and also to cultivate insight. So if I’m sitting down to meditate and I feel a bit distracted, I can ask myself ‘What are the conditions for me being so distracted?’ After spending some time sorting out whatever needs my attention, I’m then able to settle into my meditation a lot better.

In the book I also include a meditation practice on the 24 nidanas (the 24 nidanas are the main way in which the Buddha taught conditionality). This practice leads to the development of insight, which is real understanding of the nature of experience, but it’s not very easy, so I’d recommend it for those who have at least a workable amount of concentration and mental stillness.

Do the Buddha’s teachings on conditionality have an inherent ethical emphasis?

To suppose that conditionality is intrinsically ethical might be to suppose that the universe is intrinsically ethical – that if one acts in certain ways, certain outcomes happen of their own accord. But I don’t think the principle of conditionality is a principle of justice in that sense because the universe seems neither just nor unjust but entirely neutral to human beings. At the same time, the universe is the only place in which we can become enlightened beings! So whilst I think conditionality itself is neutral as far as ethics are concerned, it does give us both the context and momentum for properly understanding and developing them.

Can you talk about a way in which you have seen the workings of conditionality at play in your own life?

OK, so after I was ordained into the Triratna Buddhist order (which itself was dependent on a number of interesting conditions), I started thinking ‘Who really was the Buddha? Who have I made this commitment to?’ That process was then a condition of being commissioned to write this book, which was the condition for me to have to really clarify my own thinking on the Buddha’s teaching, which was the condition for me to become convinced that conditionality is not only the principle by which the universe works, but it’s also a bit like magic! That processes arise on conditions is neither the work of God nor our personal egos but the means by which our own lives magically open up and become more than what they are.

‘This Being, That Becomes: The Buddha’s Teaching on Conditionality’ is available from the Windhorse online store, £12.99

You can find out more about Dhivan’s news, views and thoughts by visiting his website, www.dhivan.net and his blog, http://dhivanthomasjones.wordpress.com/