An interview with Kamalashila, author of ‘Buddhist Meditation’ 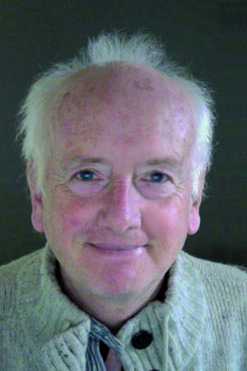 You’re just back from leading a retreat on insight into the nature of reality at Rivendell and are about to go off to Adhisthana to lead another one on spiritual death. Are insight and spiritual death topics that you are particularly interested in exploring at the moment?

Spiritual death and rebirth are always interesting topics to explore because they are key to the whole of Dharma practice. There are big ego collapses in a person’s spiritual life (the collapse of self view, for example), but there are lots of small ego collapses as well, and they’re also important. When we can learn from small humiliations and knocks to our self-image and appreciate them as a positive thing, that’s a form of spiritual death. Our identification with the body is really powerful, but with a sustained application of insight we can remind ourselves that our body doesn’t have to be ‘me’. Once our habitual tendencies have been undercut, something else is free to emerge. So what is there after that? What is on the other side of insight?

Are there any particular practices which you have personally found useful in order to generate insight?

In my book, I explore in depth the main traditional meditation practices that we draw on in the Triratna community, and all of these practices continue to be useful to me personally. I still do mindfulness of breathing, ānāpānasati, a lot, and all the other practices call upon the subtle body experience that comes from ānāpānasati. In the six element practice, for example, you use the body to contemplate each element, eventually getting down to your direct experience which is clearly impermanent, not worth clinging to, not ‘me’ or ‘mine’. You can see, then, that there’s no self behind the process at all; that life works fine without one. This is how things are, how they always have been, but most of the time we simply don’t recognise the truth.

As a teacher I always base myself in satipaṭṭhāna (mindfulness), but I use it in territory you probably wouldn’t associate with mindfulness. In Living with Awareness, Sangharakshita puts a mythic, Mahāyāna spin on the direct part of mindfulness, and this has really influenced me in my teaching.

So does mindfulness involve the imagination?

Yes, of course, providing we understand imagination to mean not some kind of fancy but the way awareness works. Mindfulness is being aware of what happens, and what happens is imagination; that is, it manifests in awareness. In the Buddhist perspective, imagination is reality.

With this in mind, what are your thoughts on the secular mindfulness movement?

People are waking up to the fact that mindfulness works in ordinary life, which naturally is what most people are interested in. Mindfulness has been found to be useful in relation to anything from cognitive and behavioural disorders to addictive tendencies and I think we can learn from the effectiveness of some of the secular mindfulness techniques that have been introduced. In the mindfulness-based cognitive therapy training, for example, students are immediately encouraged to practise simple calming meditation (śamatha) and enquiry (vipaśyanā) for an hour a day. As a result of the secular mindfulness movement, thousands of people are being introduced to meditation, and many will begin to feel a spiritual motivation, a feeling that there is something beyond themselves. This is where we, as Buddhist meditation teachers, have something to offer, and I’m keen to find ways to meet that need.