An interview with Ratnaguna, author of ‘The Art of Reflection’ 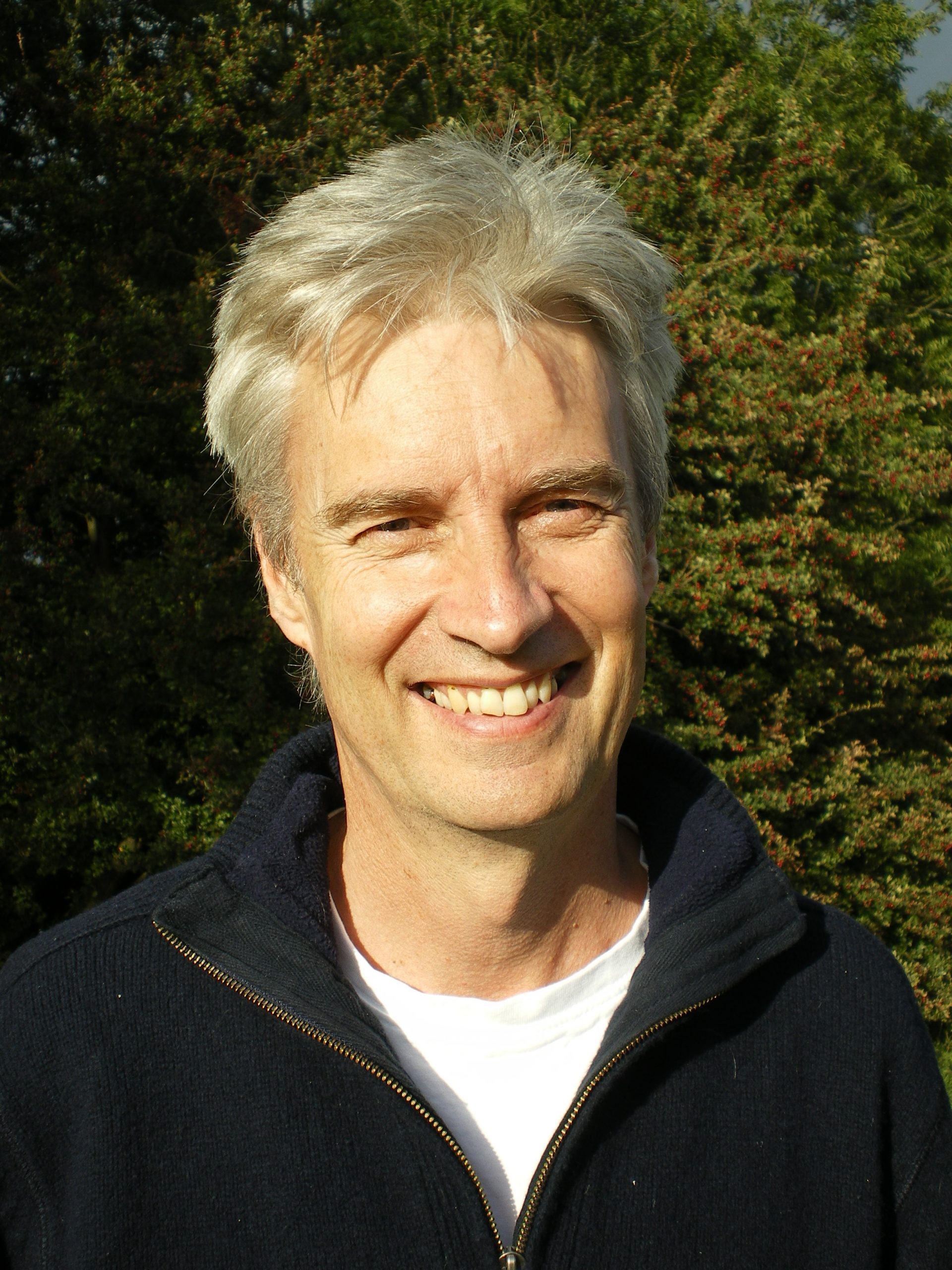 For a book on Buddhist thought, ‘The Art of non-Reflection’ might perhaps be a more obvious title. So what motivated you to write The Art of Reflection? Do you think that it offers something unique?

Well the immediate motivation for writing the book was that I was asked to write a module for the mitra study course on reflection, and then soon after that, Windhorse Publications contacted me and asked me if I’d like to extend that into a book. But I suppose a deeper motivation was that out of all the various practices in Buddhism, reflection had been my main practice up to that time – one that I’d been really focusing on for a good many years. So in writing the mitra study module, I found that I had quite a lot to say on the subject, and then writing the book was an opportunity to deepen my reflection on reflection.

When I was researching for the book, one of the first things I did was to try to find a Buddhist text that was a guide to reflection. I couldn’t find any, which surprised me, considering how important reflection is in Buddhist practice. Then I looked for some more contemporary books on reflection and I found Insight Dialogue by Gregory Kramer and Contemplating Reality by Andy Karr, which approached reflection from two different perspectives. Gregory Kramer describes his own explorations in reflecting in dialogue with others, while Andy Karr’s book seems to be a pretty traditional account of how to practice Vipassana meditation in the Tibetan tradition. But neither represented a manual on how to go about reflecting in the sense of thinking something through on one’s own, (in traditional terms, the second level of wisdom). So as I was writing The Art of Reflection I did become aware that, as far as I knew, there wasn’t anything else like it.

How often do you think we should we reflect? Should we set aside specific times for reflection?

I think we do need to set aside time to reflect, because if we don’t we’ll probably seldom get round to it. Of course in a sense we all reflect every day in one way or another, but usually we do it when we’re in the midst of other things. There’s a different quality of reflection when we just stop everything, turn our phones off, turn our computers off and stay with a topic for a while. So a good idea is to actually put reflection in your diary, and be disciplined about doing it until it becomes a habit.

Initially, I’d suggest reflecting for just ten minutes a day, and then you can build the time up incrementally as you start to enjoy reflecting and as you gain more faith in the practice. In order to reflect deeply, we need to set aside a good few hours, because for the first hour we’re basically just clearing our minds, processing and sorting through our thoughts. This is beneficial in itself of course, but it’s once you go beyond this stage that the practice of reflection really gets interesting.

You say that ‘when we reflect from a Dharmic perspective, we try to see things as if we were enlightened’. So should we be reflecting on the Buddha, or reflecting as the Buddha?

Well I think that one of the results of reflecting on the Buddha is that we become a bit more like the Buddha. In The Art of Reflection, I quote the great Chinese meditation master Zhiyi who described the results of the Buddhanussati practice as ‘the development of a spirit of fraternity with all sentient life’. After reading this for the first time, I was a bit puzzled. Why should this be a result of reflecting on the Buddha? Then the thought came to me: as we reflect on the Buddha, we begin to see similarly to the way the Buddha saw – we no longer have a sense of there being any barriers between ourselves and other beings. And the same goes for all the qualities of the enlightened mind – as we contemplate the Buddha, we become more compassionate, more wise, in short, more Buddha-like.

You speak about the importance of the imagination, but imagination and reflection may seem to be two quite incompatible practices – a mirror reflects something as it is, and our imagination conjures up what isn’t. Can you explain the relationship between the two?

One of the things that I realised in my years of reflecting was that reflection is more than just being like a mirror. When you’re reflecting, you’re not just passively mirroring the world you experience, you’re actually creating it. Of course we’re creating the world we’re in all the time but often the world we create is a reactive world. When we’re reflecting I think we are more creative in our creating of the world.

So a while ago I came to the conclusion that reflection, at least for me, is fairly close to the poetic state of mind. It’s as if I’m opening myself up to something other than me, something bigger than me, and in doing so I come up with new ideas, new ways of seeing. And I think that true artists (whether they’re painters, novelists or composers) are not conjuring things up to distract us from reality, they’re offering us something through which we can see reality in a different way, and more deeply.

I think that both faith and doubt, in the sense of critical thought, are essential to the practice of reflection and to the Buddhist life as a whole. Someone once said – I can’t remember who – that to think is to doubt. What I understand from this is that to think clearly and creatively, we have to be free. I remember Bhante once saying that ‘to be a Buddhist you have to feel free not to be a Buddhist’. So when we reflect on the dharma, we have to entertain the possibility that our reflections may lead us to the conclusion that we’re not Buddhist after all. We have to take that chance when we reflect. If we don’t give ourselves that kind of freedom, if we’re already convinced of the truth of Buddhism, our reflection will merely keep us stuck in that loop. So, paradoxically, by allowing ourselves not to be a Buddhist, we become Buddhists more truly, more deeply.

It is often said that ‘emotion clouds the mind’, but you say that reflection ‘is as much to do with emotion as it is to do with reason’. Can you explain this statement?

I would definitely say that reflection, all the way through, is emotional. In fact emotion is involved even before we reflect, because it is our emotions which motivate or prevent us from reflecting in the first place. The Scottish philosopher David Hume spoke of the person as being made up of three things: reason, emotion and volition. He said, interestingly, that reason doesn’t cause us to act – it’s our emotions and our volitions which motivate us. What does reason do then? To quote Hume, it discovers the relation between cause and effect. If we reflect for a while on, say, our actions, we will become clearer about why we did what we did, and about the results of those actions. With this new clarity we are in a better position to decide whether we want to continue to pursue those kinds of actions.

Our emotions are always present in our reflection, although we can avoid engaging with them because, for one reason or another, they’re painful or unacceptable to us. So an important part of reflection is to bring our emotions out into full awareness, and this can be really interesting. I might be reflecting on a Pali text and become aware that I am emotionally attracted to something the Buddha said, for example, and then something else he said might make me quite angry. Now I can make these emotional reactions the object of my reflection, ‘Why did his words make me feel like this?’, ‘What’s really going on here?’.

So coming back to the poem by D H Lawrence that I quote in the introduction to my book, ‘Thought is a man in his wholeness wholly attending’. Reflection has to be you in your wholeness, it has to include your reason, your emotion, your volition, and even your body. If you can bring the whole of yourself to the reflection, it can be a very strong integrating practice.

So can reflection help us actually cultivate positive emotion? Can it make us happier?

Yes, reflecting makes us wiser, and it also makes us love more. It gives us the space to view our past actions in light of the person we want to be, and then clarify how we can become that person more effectively. So through reflecting, we learn how to become more compassionate, more loving, and in the long-term, of course, happier as well.

‘The Art of Reflection’ is available from the Windhorse online store, £9.99