An interview with Subhadramati, author of ‘Not About Being Good’ 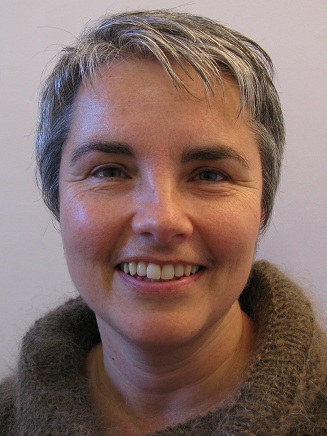 What do you find so inspiring about Buddhist ethics?

Firstly, what I love about Buddhist ethics is that it’s so practical; it’s something that you can actually do, and you can start straight away. But what I’m also drawn to is the fact that the Buddhist principles in their positive formulation (the principles of kindness, generosity and truthfulness, for example) are completely infinite. At no point can you say, ‘OK, well that’s it; I’ve learned all there is to learn about Buddhist ethics’ because there is always the potential for more unfolding. They give you the scope for constant creativity, and I find that so inspiring. I think that ethics in general can be presented as something quite fixed and restricting, so as well as being inspired by Buddhist ethics themselves, I’m also inspired to try and communicate the limitlessness of Buddhist ethics in a world that does make ethics seem quite limited.

It’s Buddhist Action Month this month. How can Buddhist ethics change the world?

When we think about changing the world, we often think about tackling injustice, hatred and greed, but I think what is so important and valuable about the Buddhist approach to ethics is that it encourages us to give equal attention to the hatred and greed within our own minds. Buddhism puts the focus on inner investigation and inner transformation and gives us the tools to enable us to change the world more effectively.

My decision to become a vegetarian, for example, was an action that came quite spontaneously from an internal reflection on loving-kindness through practising the Metta Bhavana. In my meditation I saw that I wasn’t the centre of the universe; that other living beings were all living beings in their own right. It started to feel like it would hurt me to eat the flesh of animals, and the thought of having animal flesh in my mouth felt literally distasteful. So although this was something that came out of an inward reflection, it obviously had a very strong outward effect on my life and on the lives of others.

I’ve now been a vegetarian for nearly 30 years and there hasn’t been one moment in that time when I’ve felt like going back on my decision. I think part of that is because it came from an inner seeing that was just very, very clear to me, rather than something that somebody had told me to do or something I felt I should do. Saying that, if we just focus on our own practice all of the time, we’re in danger of becoming neurotically inward-looking! There needs to be a creative tension between meditation and action, and the whole of the Buddhist life is really working with that creative tension.

In your book, you talk about the importance of going beyond the ideas of good and bad, wrong and right. How do we practise ethics with commitment and passion without becoming dogmatic?

Well, I think we become dogmatic when we start to focus on other people’s behaviour, and Buddhist ethics is really about concentrating first and foremost on our own behaviour. We can’t force other people to do things we want them to do, and if we try, we just end up adding to the polarization and hatred in the world rather than taking away from it.

So in a purely pragmatic sense, the person we have the most influence in changing is ourselves, but that doesn’t mean that we can’t seek to positively influence other people, if we’re doing it from a basis of kindness. To go back to the vegetarianism example, if someone asked me for advice on becoming a vegetarian, I wouldn’t just say, ‘Oh, I don’t know, work it out for yourself.’ I might say something like, ‘Try including animals in your Metta Bhavana practice and just see what happens.’ I remember I gave this advice to one woman who was an animal lover but not a vegetarian. After doing the Metta Bhavana for just a few weeks, she said that eating meat would be like eating one of her own cats. She had made this connection herself as a result of doing the Metta Bhavana, which can be a really powerful practice.

So, I think actually if we find ourselves being dogmatic in relation to other people then we’re not practising Buddhist ethics. I think that dogmatism would be an example of what Sangharakshita calls the ‘power mode’. The aim of Buddhist practice is to move from the power mode to the love mode, but the love mode isn’t a soft and slushy ‘I’m just going to accept everything and sit back and wait for things to naturally unfold’. The love mode means having clarity and courage, making decisions and making changes, orienting our lives in a particular direction. If you look at the stories of the Buddha, sometimes he was really tough with people if he thought that they were being unskilful! But that wouldn’t come from a position of anger but from a position of compassion for all beings.

It’s now almost a year since Not About Being Good was published. Have you had any further reflections on ethics since writing the book?

One thing that I noticed doing the book launch tour was that if there was a strong sangha connection between the people listening to me, it was much easier for me to speak to them and they were more receptive to what I was saying. I found this really interesting because it made me realize that practising the Buddhist precepts as a community does make us more receptive to the Dharma.

And I’m still appreciating more and more deeply why Sangharakshita stressed the positive precepts. It wasn’t because it was nice for us to focus on the positive aspects of the Dharma but because he was actually communicating to us what the nature of enlightenment is: enlightenment is not a static end point but something that opens up forever, expressing itself in ever more beautiful ways.

Find out more about Subhadramati’s Not About Being Good