An interview with Valerie Mason-John, co-author of ‘Eight Step Recovery’ 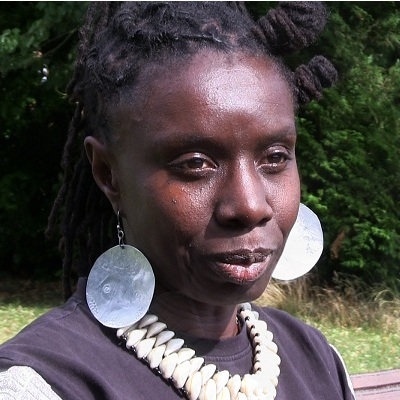 I would say that the main reason why we become addicts is that there is some dis-ease deep in our minds, and I think most of us can relate to that experience. Our addictions are usually misguided kindness towards ourselves – we’re trying to take care of something difficult that is arising in our minds. The problem is that in doing that we keep reaching for our addiction until it becomes so habitual that we’re not even aware of our behaviour. Many addicts will say ‘But I didn’t have a choice’, and once upon a time I would have said the same to you – it was almost as if someone had jumped inside me and driven me into the shop so I could buy my fix. But when we begin to slow down and step onto the path of recovery, we can actually see more clearly what we are doing and realize that we do have that choice.

So would you describe stepping onto the path of recovery as taking back control over our lives?

Well, I think the first step towards recovery is not so much trying to take control of the situation but just slowing down and becoming more aware. Our addictions are actually often bound up with issues of control. My main addiction was food, for example (I was diagnosed an extreme bulimic anorectic), and I spent so much time trying to control my body and what I put into it but of course this didn’t work because I wasn’t in control; none of us can ever be completely in control.

So I think that when you are suffering from addiction it can actually be really important to acknowledge that you are not in control. Rather, the first step towards recovery is just to slow down and become more aware.

And this is where meditation comes into the picture. Can you talk a bit more about the benefits of meditation for those who are in recovery?

Meditation is such a powerful tool that in the long term it can completely transform people’s lives. When I look back at my life, I think ‘God, is that me?’ I don’t actually recognize that person who I was, and that is fantastic.

In the shorter term, what meditation offers is sobriety of mind or peace of mind. Meditation can begin to calm our mental proliferation – the voices and stories which go on and on and around and around in our heads.

Saying that, often people who meditate for the first time come back to me and say, ‘I can’t meditate because it’s too hard for me to concentrate – I’ve got so many voices in my head!’ And what I say to these people is, ‘That’s meditating!’ When you can see all of the chatter in your head, you have started to meditate, because often we’re not even aware of that chatter. Then if, with practice, you can just keep coming back to the breath and get a couple of seconds of stillness, that’s huge!

So don’t tell yourself, ‘I can’t meditate because meditation must be calm, it must be peaceful’ because it might be really challenging when you’re sitting in the chair or on the cushion, but once you come out of your formal meditation, you will begin to see the impact of that practice on the rest of your life.

So for someone who is starting this process, what are some simple meditations that they could try?

There is an acronym called AGE, which is something that’s used a lot in the Mindfulness-based Cognitive Therapy world. AGE is a thee-minute breathing space, and each letter stands for something. ‘A’ is awareness – one has awareness of thoughts and feelings. ‘G’ stands for gather – gather the breath and become aware of the breath on your upper lip or inside your nostrils. Then ‘E’ stands for expand, expand the breath throughout your whole body, from head to toe. And this is something that you can do in three minutes or even in just a minute – you can do it at your desk or when you’re walking down the street, for example. You just need to stop and take a pause.

You say in your book that ‘The Buddha was in recovery’. What do you mean by that?

Well, we know that the Buddha came from a hedonistic background – he led a princely life with all the material pleasures he could wish for, but still he wasn’t content. So he tried to find contentment by going to the other extreme and becoming an ascetic, using self-mortification practices and eating just one grain of rice each day. All of this, of course, is quite harming, and in the modern west the Buddha could be locked up or considered an anorexic.

So after engaging with these ascetic practices, the Buddha realized that actually they weren’t the answer either; the answer was the Middle Way. And in his first discourse he makes it very clear that the path to the end of suffering is about freedom from craving, from addiction. So in a way, I believe that what the Buddha’s life story is telling us is that what the Buddha offered was his recovery to the world – he offered the Noble Eightfold Path as a way out of suffering. Of course when the Buddha gained enlightenment, by seeing things as they really are, he went beyond recovery, and it is possible for all of us to go beyond recovery too.

So do we need to believe in a higher power, like the Buddha or God, to recover?

I don’t think that we need to believe in a Buddha or a god in order to recover, but I do believe that higher power is there for us whether we believe in it consciously or not. The breath, for example, is higher power – we all believe in breath unconsciously because if we didn’t we would be dead, and we believe in impermanence (which is another of the Buddha’s key teachings) because without it we wouldn’t have the confidence that we could grow and develop; we wouldn’t have the motivation to carry on living. So although some people aren’t aware of higher power working in their lives it is always there for us to tap into, and it is wonderful when we can become conscious of it.

Your book is called Eight Step Recovery. Are the eight steps to your book the Buddha’s Noble Eightfold Path or are they referring to the Twelve Step Programme?

We believe that through writing this new book we are adding to the canon of recovery. Actually I think that we’re in a very exciting time now, because at one point the Twelve Steps had the monopoly on recovery – there was nowhere else that people could go – but now there are other options for people who would like to recover from their addictions.

I’m one of those people who didn’t clean up in the Twelve Step Programme – I cleaned up in the meditation rooms – and I wanted to write a book offering my recovery to the world as well. The Buddhist teachings changed my life, so through this book I hope that I can bring these teachings to more people and help change their lives for the better as well.