Giving the Gift of the Dharma

Dharmapriya is a Triratna Order member currently living in Berlin. He’s involved with a variety of projects for the movement and is currently concentrating on organising and editing translations.

Forty years ago, when Dharmapriya was still a mitra, he recognised Sangharakshita as a ‘spiritual genius’ and appreciated that his writing was ‘a treasure to be guarded and used’. Over the years, as Sangharakshita’s works were published, Dharmapriya bought them all.

Dharmapriya was delighted when The Complete Works was released, but he hesitated about subscribing; not only did he have all the original books but, at the age of 69, he also wanted to reduce his possessions. When he discovered that he could give a subscription as a gift, he decided to take out a subscription to both the print and the eBook editions, keeping the eBooks himself, and donating the printed books to a Triratna centre that wouldn’t otherwise be able to afford them. One of his friends, Mahamati, suggested the Mahavihar Library in Pune, India, and the librarian there, Jnanraja, is now receiving the printed volumes from Dharmapriya’s subscription. 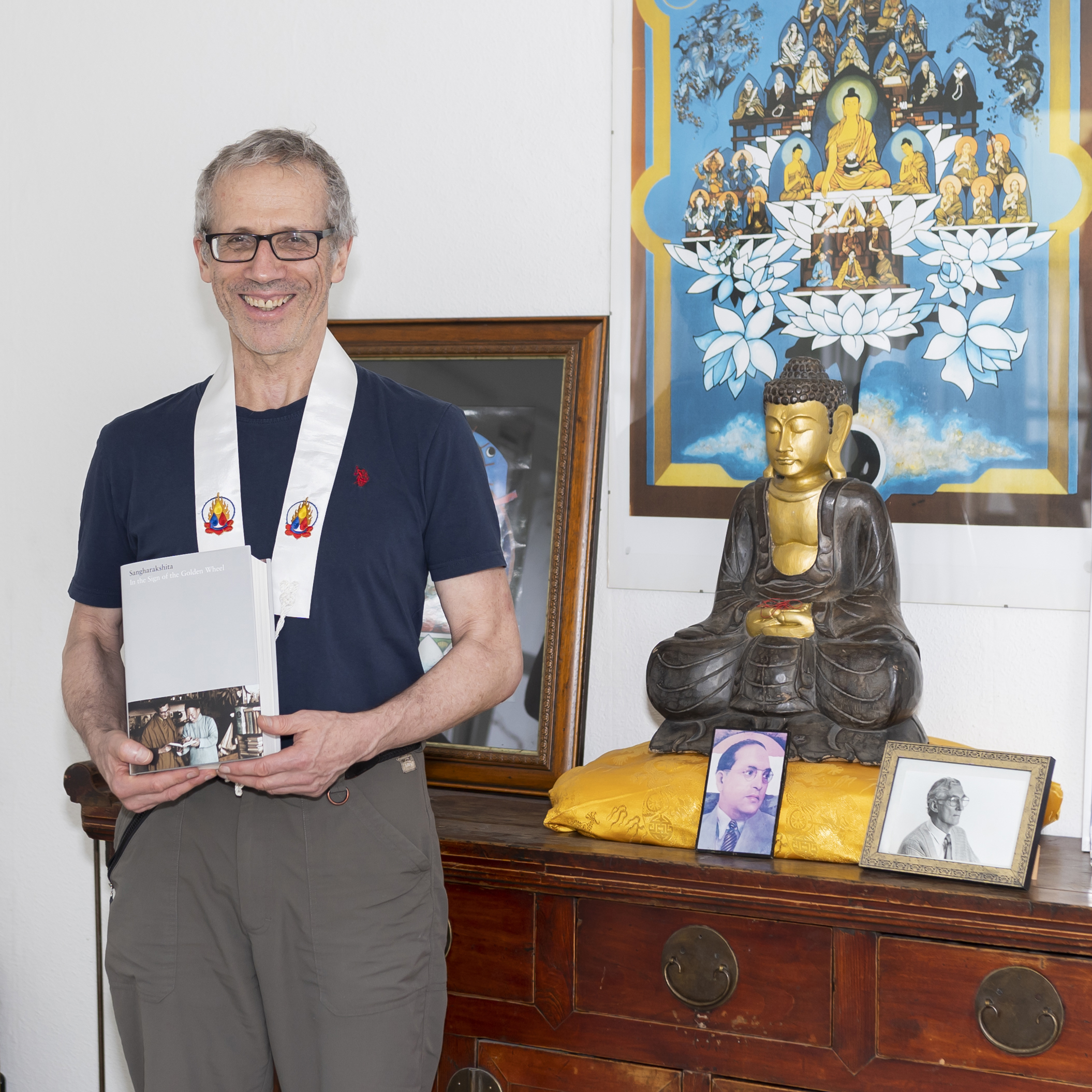 Dharmapriya with Volume 22 of The Complete Works of Sangharakshita, In the Sign of the Golden Wheel. Photo credit: Carolin Ubl

‘Every Triratna centre needs all of Sangharakshita’s works, and taking out a gift subscription is a wonderful opportunity to give them to a centre that can’t afford them.’

If you would like to find out more about giving a subscription to The Complete Works of Sangharakshita as a gift, click here.

If you represent a Triratna centre or library and would welcome receiving a gift subscription, please get in touch with Windhorse Publications (info@windhorsepublications.com), so that you can be matched up with a potential donor.