Introducing ‘I Hear Her Words’ 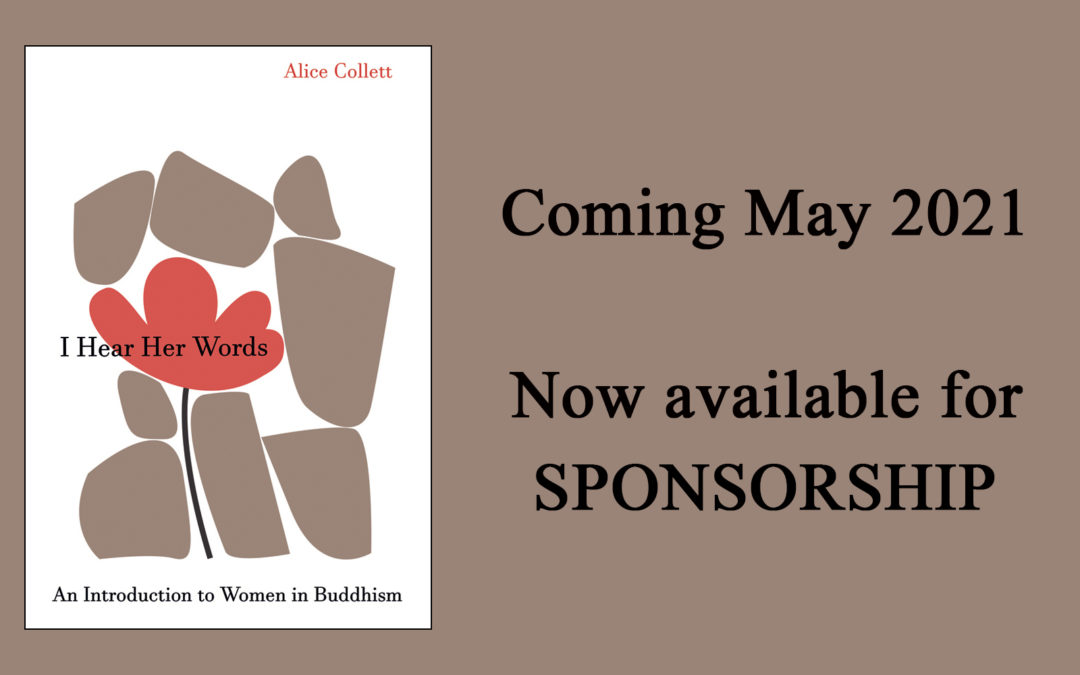 We’re delighted to announce that in May we’ll be publishing I Hear Her Words: An Introduction to Women in Buddhism by Alice Collett.

Core Buddhist doctrines and ethical formulations provide no justification for the notion that women are inferior to men. However, Buddhism was born and took root in ancient and medieval societies that held traditional views of women. In this way, social and cultural norms positioning women as inferior to men found their way into Buddhist tradition and some Buddhist texts. As a result, throughout history, members of Buddhist communities have attempted to subjugate women.

I Hear Her Words tells the stories of many inspiring Buddhist women who overcame attempted constraint. From direct disciples of the historical Buddha to Buddhist women today, we hear about female exemplars of Buddhist tradition who became innovative leaders and esteemed teachers. Not only do we hear about them, but we also hear from them in their own words.

It costs up to £8,000 to publish a new book, and as a small, independent publisher, we need help with these upfront costs. If you think I Hear Her Words sounds interesting, please consider sponsoring it. For a minimum donation of £40, as soon as the book is published, we’ll send you both the paperback and the eBook, completely free of charge.

Sponsor I Hear Her Words

And finally, a few reminders:

Browse the books in our December sale