‘Lost and Found’ and ‘The Deal Runner’: Two new books by Manjusvara 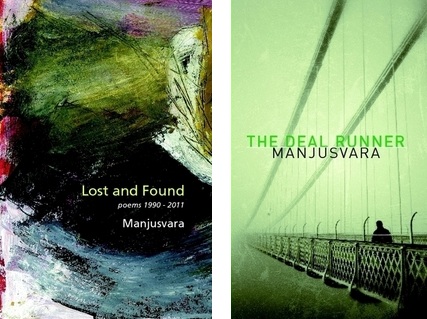 This month has seen the release of two new works by Manjusvara: Lost and Found, a collection of his poems, and a detective novel, the The Deal Runner.

Lost and Found is an anthology of poems written by Manjusvara between 1990 and 2011 which comes with a free CD (the CD can also be purchased separately for £7 – for more information please email Achintya: barrydhill@protonmail.com). A year before his death, Manjusvara began recording his poems as live readings, but he died before finishing all of them. So Achintya, Ananda and others worked to ensure that the CD was completed by inviting Manjusvara’s friends to read the remaining poems. Achintya explains, “The CD was a very important event for Manjusvara, and it is lovely that it eventually allowed a number of his friends to express their love of his poetry and gratitude towards him as a friend in this way.”

If novels are more your thing, you might prefer The Deal Runner, a detective novel completed by Manjusvara during his lifetime but not published until after his death. Here’s a preview:

“Having left the police force under a cloud, Gist struggles to make his living as a private detective in Bristol. A photograph of a glamorous blonde, his house trashed and £10,000 stuffed in a brown envelope set him on a trail at last. But to where? Is this woman really asking him to bring back her dead brother? Gist is soon embroiled with Bobby Marks – a rich-kid with a seeming taste for the low-life – and a local cop, DI Fisher, who may or may not be corrupt. He will need poetry, an ancient Buddhist parable, and an honest look into his own heart to solve this case.”

In Achintya’s words, The Deal Runner is “a book full of puzzles, clues, questions and maybe a few answers? Now, go and figure out how they all hang together!”

‘Lost and Found’ and ‘The Deal Runner’ are available from Amazon and www.lulu.com. Manjusvara’s two guides to creative writing, ‘Writing Your Way’ and ‘The Poet’s Way’ are available to purchase from the Windhorse Publications website.