Sangharakshita on love and fidelity 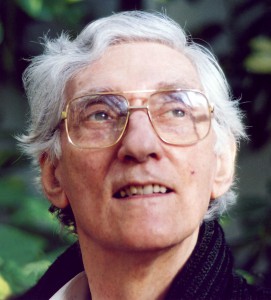 On the power mode and the love mode

Love which is the positive form of the First Precept is no mere flabby sentiment but the vigorous expression of an imaginative identification with other living beings. ‘Love’ is in fact far too week a word for the positive counterpart of non-killing or non-violence. Just as killing represents the absolute negation of another person’s being, ‘Love’ represents its absolute affirmation. As such it is not erotic love, or parental love, or even friendly love. If it is love at all, it is a cherishing, protecting, maturing love which has the same kind of effect on the spiritual being of others as the light and heat of the sun have on their physical being.

– The Ten Pillars of Buddhism

On the importance of expressing our love

This is very bad psychology. People should not have to take it for granted, or just imagine, that we do have feelings towards them. It should be quite obvious from our words and actions. Indeed, we should actually take steps to keep alive the spirit of love and friendship. That is why in all social life, and in Buddhist social life especially, such things as the exchanging of gifts, and the extending of invitations, are very much emphasized. It is not enough to sit in your own room, or even your own cell, radiating thoughts of love. Good and wonderful though that may be, it must come down to some concrete expression.

– A Guide to the Buddhist Path

How does one sustain fidelity to one person? There are two enemies of such fidelity: a ‘near enemy’, attachment, and a ‘far enemy’, distraction.

Distraction could be described as something that forces itself on our attention when we do not really want to pay attention to it. We usually say that someone who yields too easily to the impressions of the moment has a weak character. They have very little continuity of purpose and, being so easily distracted, they don’t have much individuality either. Such a person cannot practise fidelity.

The near enemy of fidelity is attachment. It is called the near enemy because fidelity and attachment look very much alike, at least to the superficial observer. But where there is a neurotic degree of attachment to another person, there can be no fidelity, because there is no real self-awareness in that attachment, and therefore no real individuality.

All Bodhisattvas are embodiments of perfect fidelity. They are faithful to all beings, and their fidelity is without limit in time and space. They are, we may say, individuals in the fullest and highest sense.

– What is the Sangha?