On Monday, 24th February we held a farewell party at the Cambridge Buddhist Centre for Priyananda, Lee Walford and Ratnaghosha. Between them, they’ve given Windhorse Publications over twenty-five years of service. 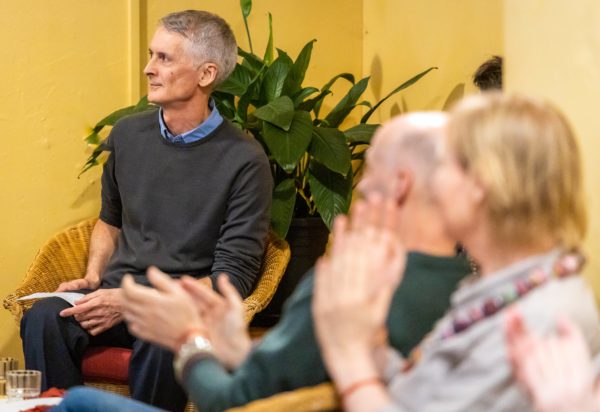 Priyananda, our outgoing director who’s retiring from full-time employment, was appointed to the post ten years ago. He’s overseen the publication of more than forty new titles, many of which are highly valued not only within Triratna but also throughout the wider Buddhist world. These include Not About Being Good by Subhadramati, The Art of Reflection by Ratnaguna, The Triratna Story by Vajragupta, Eight Step Recovery by Dr Paramabandhu Groves and Valerie Mason-John and Sattipatthana Meditation: A Practice Guide by Bhikkhu Anālayo. 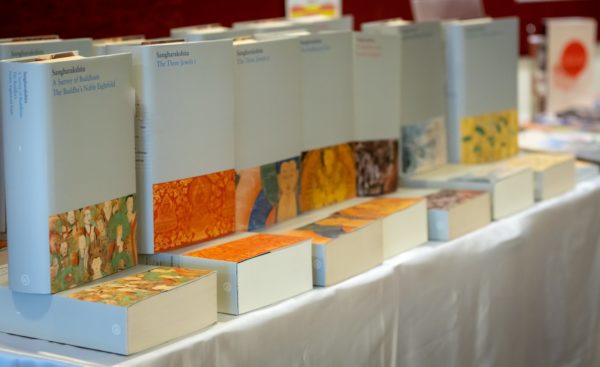 Priyananda’s energy and enthusiasm were instrumental in getting the ambitious Complete Works of Sangharakshita off the ground, and have been essential factors in keeping the project going, despite many challenges. Twelve beautifully produced volumes have been published so far, with another three due for release in April. By April 2024 all twenty-seven volumes will have been published. 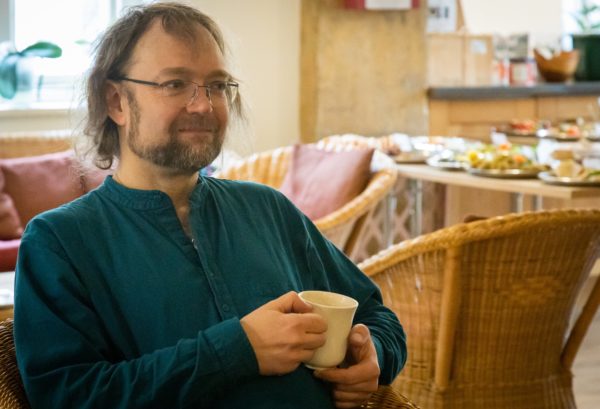 Ratnaghosha has been serving on Windhorse Publications’ board of trustees for just over five years and attended his final board meeting on the day of the farewell party. Ratnaghosha has been a well-respected and highly valued member of the board due to his many excellent qualities, not least his ability to cut straight to the most essential question in any situation. Rejoicings in Ratnaghosha were led by long-time friend (and newest trustee), Sarvajit. 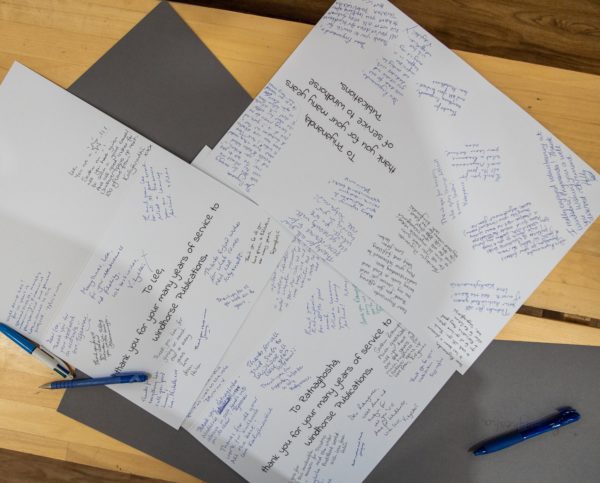 The Windhorse Publications staff and trustees would like to take this opportunity to thank Priyananda, Lee and Ratnaghosha for their many years of service, and to wish them all the best for the future.